You may have read about Destiny’s story. Any way that we attempt to put into words what happened to this poor 2-3 year old pup simply does not do her justice. Destiny was tied to the bumper of a pickup truck and forgotten about. Her former owner got into his truck and drove away with her still tied to the bumper. She was dragged along the road a half mile at high speeds before being stopped by a Sheriff’s deputy. Due to the extent of her injuries, she was taken to the closest pet emergency center towards the beginning of July where she remained through the end of October. Destiny is the epitome of a will to live. Her skin was torn off so badly the bones in her paws were exposed. She has been through almost a dozen procedures and after over 2 months is only now beginning the healing process. In 12 years of sponsoring inured rescue dogs, we have never seen injuries on the level of Destiny’s. 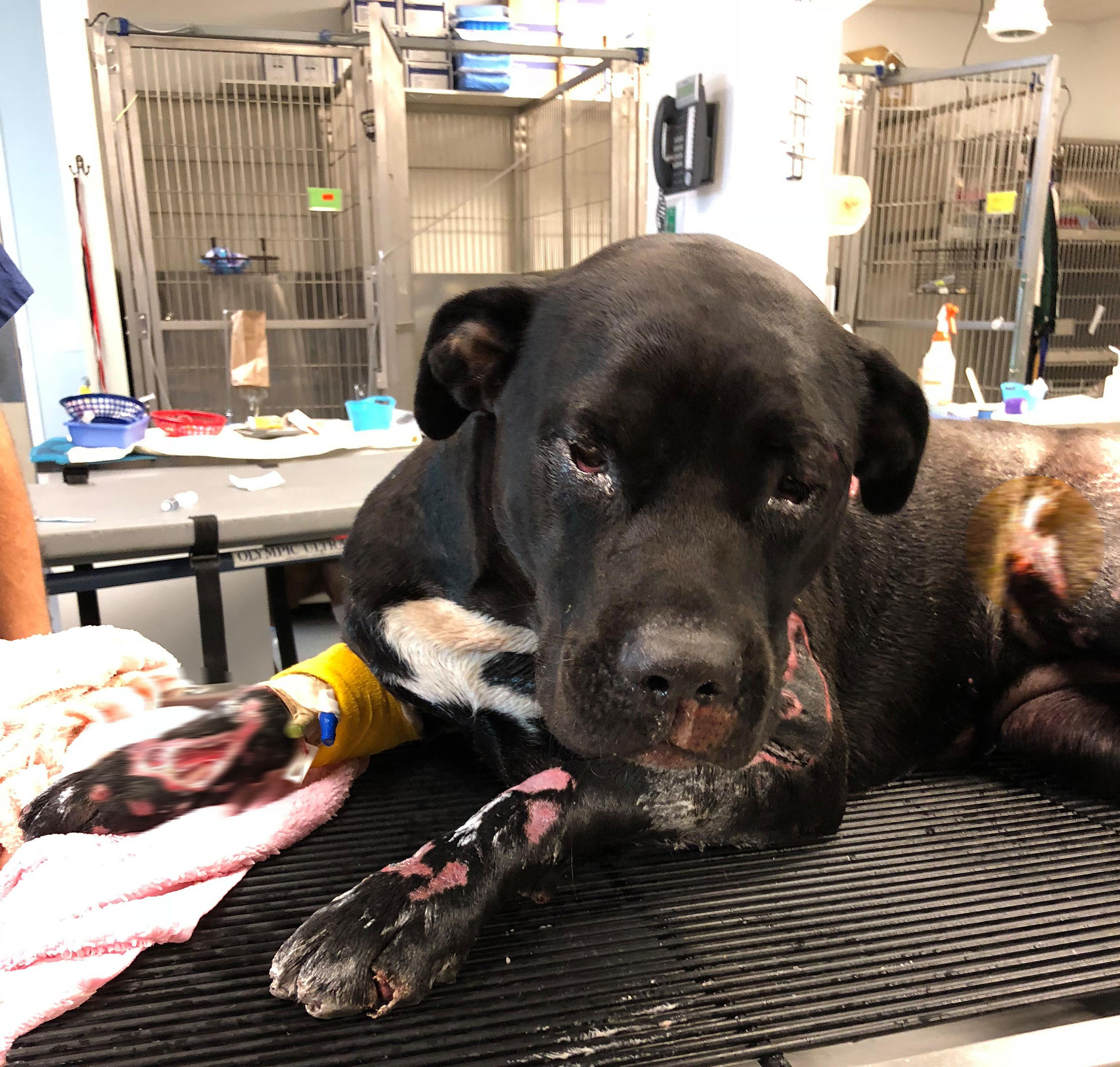 Salty Dog Paddle made Destiny the Salty Dog of the month for two consecutive months – July and August. Thanks to our supporters we were able to raise over $6,000 on Facebook and another $4,000 through our online store and through donations for $10,000 total!

We are forever grateful for your kind donations and support!

UPDATE: Destiny has been adopted! We would like to give a special shout-out to our sponsors at Central Bark Doggy Day Care in West Palm Beach, who took care of Destiny for 2 weeks in October while she was looking for her forever home.