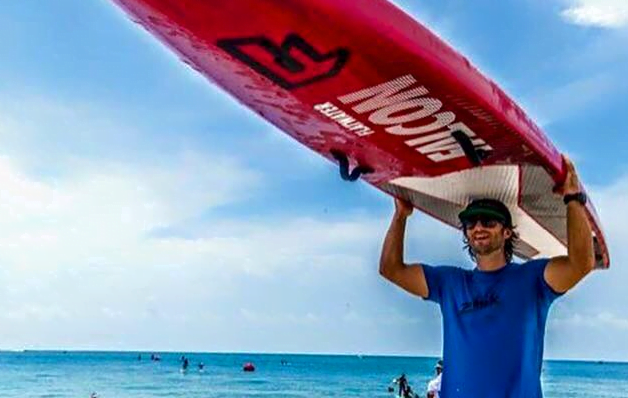 Our hearts go out to one of our most valuable volunteers and Salty Dog, Adres Pombo, who did not return from a professional Paddleboarding race at the the Columbia River in Oregon state.

After five days of search and rescue efforts following Pombo’s disappearance, the Hood River County Sheriff’s Office reportedly spotted Pombo’s body near Swell City, across the Columbia River from Ruthton Point in Hood River. His body, which was spotted by the Sheriff’s Office search plane, was discovered floating in the middle of the massive river not far from where Pombo was believed to have gone under. Pombo was not wearing a life vest, nor a lanyard while he was out on the water.

“It’s just a grim reminder of what can happen,” said Hood River County Sheriff Matt English. “We feel terrible for the family…it’s a tragic event. We’re just glad that we could help when they have a really hard time.”

According to coordinators of the fundraising campaign created to help Pombo’s family, a portion of the remaining funds will go toward “water safety outreach and education in Andres’ honor.”

Letter from the family:

On behalf of Andres’ family, Luz and his parents and siblings, we would like to thank you each for your support during this difficult time. The expenses remaining from his passing are greater than anticipated. As such, your donations are providing great relief of an already heavy burden. Because of these financial obligations, very little, if any excess funds will remain for the intended use of safety education.

Sometime Friday August 21st, 2015 Andres Pombo separated from his fanatic SUP teammates during a downwind training run. Winds were about 25 with 3-4 foot swells at very short intervals. The surf temperature 52. Andres was recorded by his Gopro as he fell off the board and tried swimming to catch it. Later that Friday his board and hydration pack were recovered.

Once things settle a new campaign directed to education and water safety will be created. Until then, thank you again for your support and friendship during this very painful time.”

The GoFundMe page can be found at: Andres Pombo Gofundme